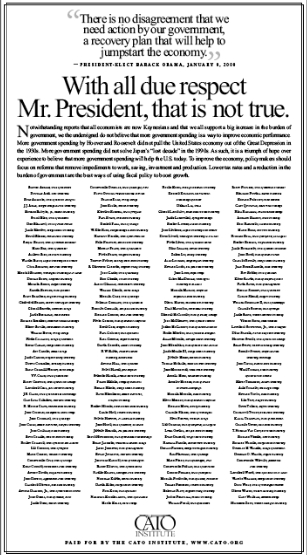 2 Responses to “Mr. President, We Disagree….”