Over the past few days, I’ve been pleased to be able to participate in a number of events, first in Ukraine and then in Greece. In Ukraine, I was fortunate to be able to address the European Students for Liberty conference in Kyiv. Ukraine is a country and region in crisis that is desperately in need of the liberty message and I was pleased to be able to play a role in the conference. European Students for Liberty is doing some great work in Ukraine in regards to free markets and liberty. 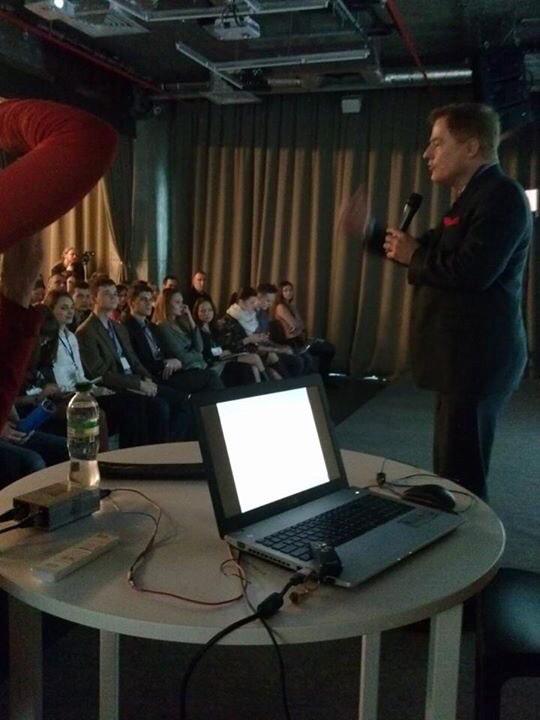 Addressing the ESFL Conference in Kyiv 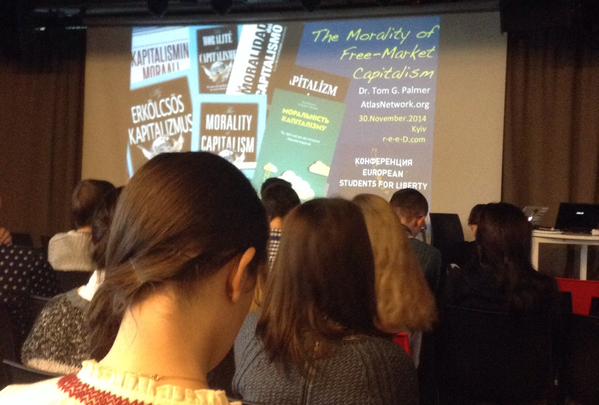 Students at ESFL Conference in Kyiv

As you can see from some of the pictures, there was a healthy attendance and the students seemed to enjoy themselves greatly. We were able to distribute many copies of The Morality of Capitalism in Ukrainian. There was a review published of the Ukrainian edition of The Morality of Capitalism, as well. The only negative from the conference was that Kakha Bendukidze, who had plans to attend the event, had recently passed away. While the conference was occurring, The New Yorker printed this article of appreciation about our hero Kakha Bendukidze, whom we honored that weekend in Ukraine. After the lecture at Kyiv National University and interview on EspresoTV with Mykola Veresen’. I had a meeting with Ukrainian economists working on reforms.

There were a few opportunities for interviews in Greece, which gave me the opportunity to explain libertarianism in a country that has been plagued with debt, anarchism, and state failings for years now.

I was able to conduct a number of interviews in Greece. Amongst them were this interview in in.gr, which is the major news portal in the country, with more than three-million unique visitors per month. Athens Voice is the largest free press (one that was recently attacked by anti-capitalist anarchists when their offices were reduced to ashes) and I was pleased to be able to do an interview with them as well, found here. MarketNews.gr is one of the most well respected financial websites in the country, I gave an interview for them which has now been published.

Greek Translations of Why Liberty and Peace, Love & Liberty

Morality of Capitalism in Greek

We were able to see Greek translations of Why Liberty and Peace, Love & Liberty printed and on display. Both of those books can be downloaded for free in English here. I was able to attend a few more events in Greece, including an event at The Amalia Hotel called “A static Europe in a progressive world? How much freedom is good for a society?” 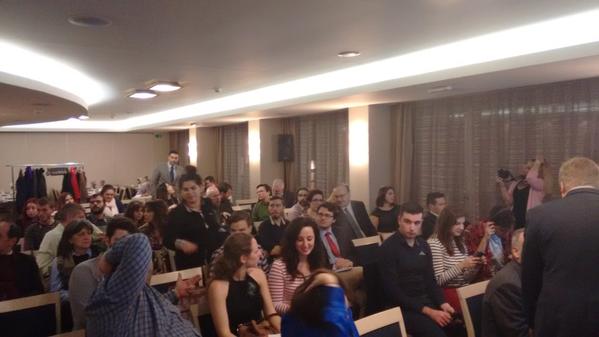 The Audience at the event at the Amalia Hotel

Next I had a talk on “A Brief History of Liberty” at the Institute for Diplomacy in Athens, sponsored by the John Stuart Mill Research Group – Ερευνητικός Όμιλος “John Stuart Mill”. 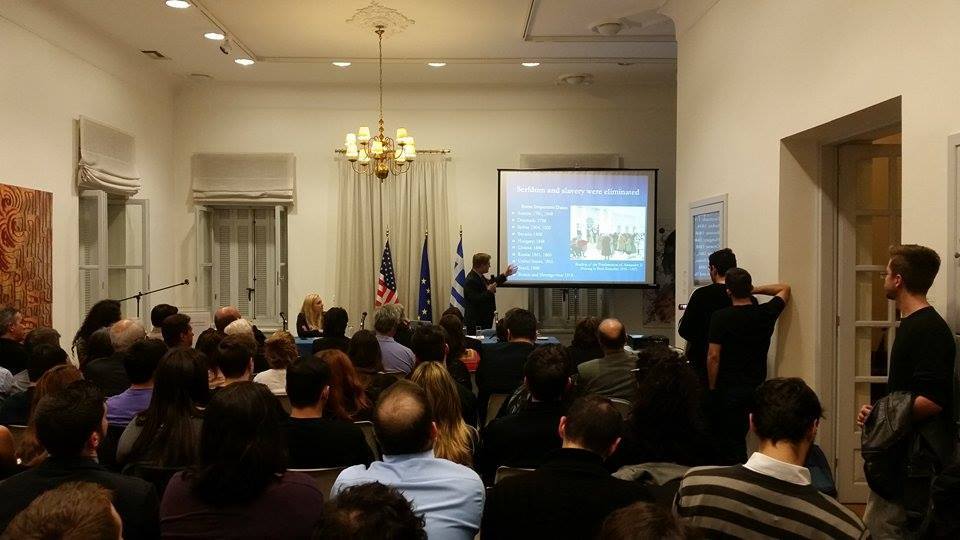 Lecturing on “A Brief History of Liberty” in Athens 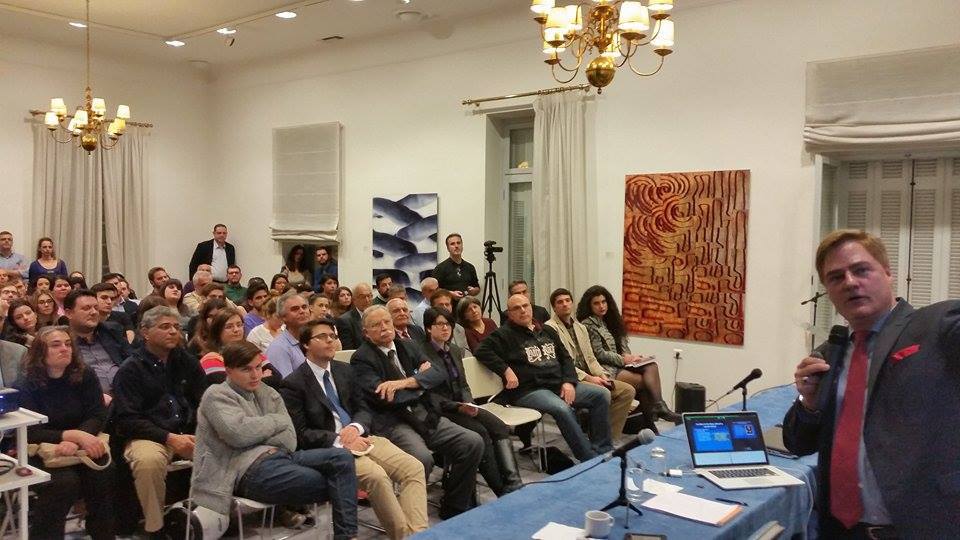 The crowd at the “A Brief History of Liberty” lecture in Athens. 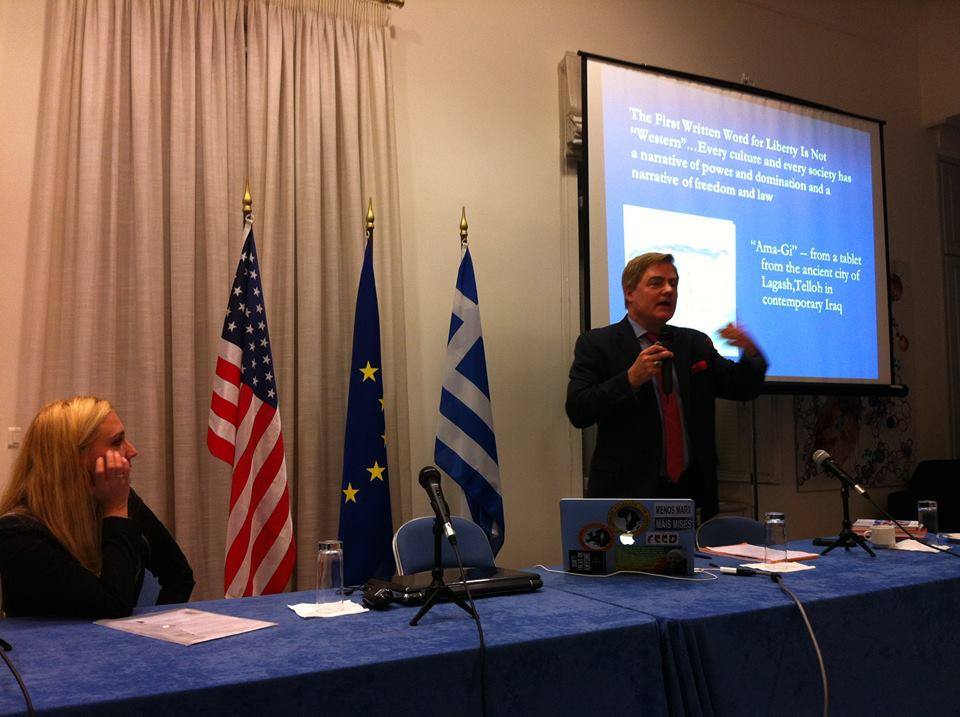 Lecturing on “A Brief History of Liberty” in Athens. 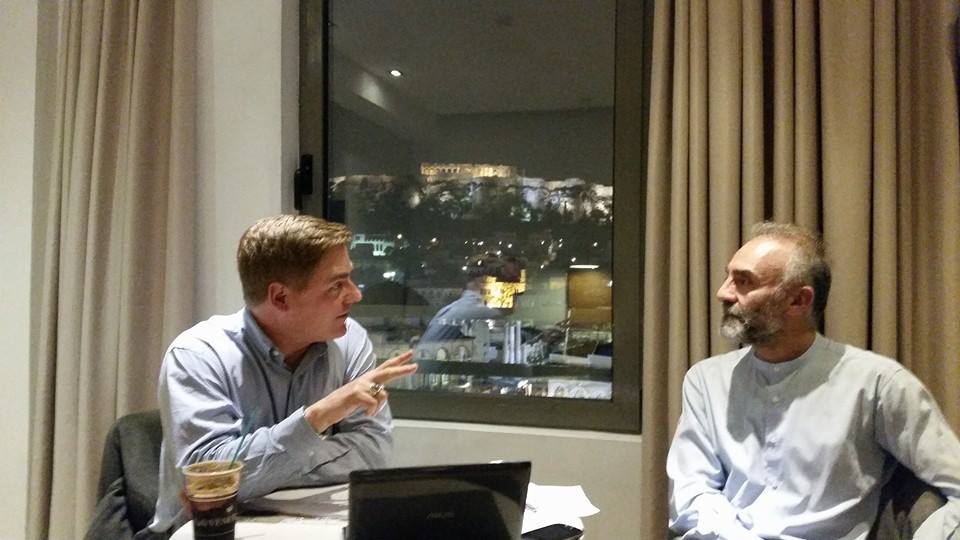 An interview underneath the Parthenon in Athens.

Next was the Greek Students for Liberty Conference, also in Athens. This is an organization of students organizing for liberty who I am very proud to be associated with. Their conference was well attended and gives me hope for the future of free markets and liberty in Greece. 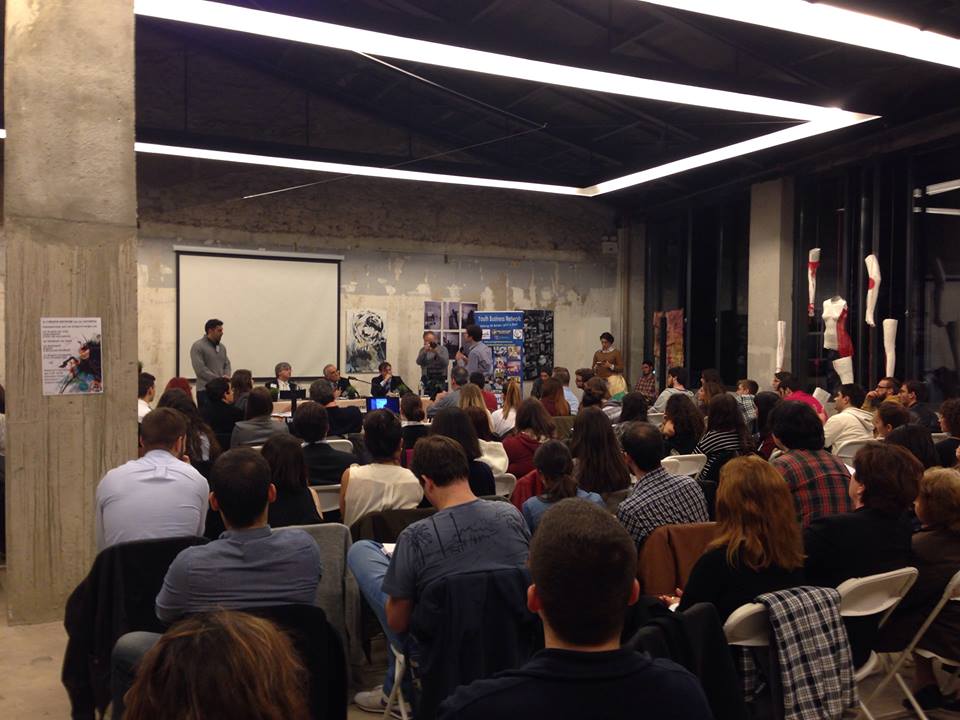 I am proud to be associated with so many liberty and free market-oriented groups, events, and people. This trip to two countries and regions that have struggled with these issues recently gives me hope that we can spread the message of liberty to every corner of the globe.

One Response to “Ukraine and Greece Liberty Events and News”