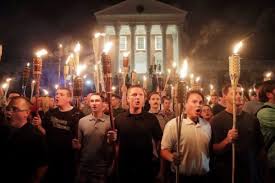 The coldly evil vision of the Alt-Right.

“We will have a Europe, in 2050, where the bank notes have Adolf Hitler, Napoleon Bonaparte, Alexander the Great. And Hitler will be seen like that: like Napoleon, like Alexander, not like some weird monster who is unique in his own category — no, he is just going to be seen as a great European leader.”

Jorjani is editor in chief of the Budapest-based Arktos Media, a postmodern neo-Nazi publisher, has close ties with Hans Hoppe and his “Property and Freedom Society,” and on and on. The density of intersections is disgusting and very disturbing.