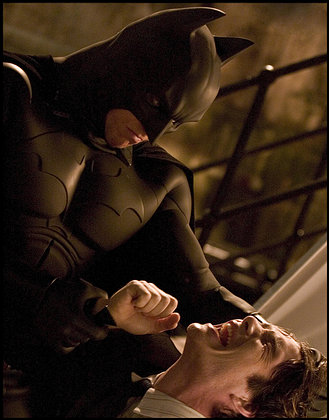 I just saw the film Batman Begins, which was a lot of fun. In an article by Ann Hornaday in today’s Washington Post, “Batman’s Laissez-Faire-Weather Fans,” my colleague David Boaz offers a libertarian appraisal of the film.

David summed it up rather well:

Boaz was happily struck by the fact that the hero was a businessman, he says, “but I think what was more interesting . . . is that the movie takes a strong stand that some things are evil, some people are evil. Crime is bad. And criminals need to be punished, not to be understood and coddled and let out of jail for more therapy.” Boaz says he was gratified as well to see a heroic portrayal of individualism and the idea “that it’s up to each person to take a stand and [that] each person has his own talents abilities and opportunities. Bruce Wayne, because of his money and training, has more talent and opportunities to do these things than most of us, but it’s made clear that it’s important for everybody to take a stand.”