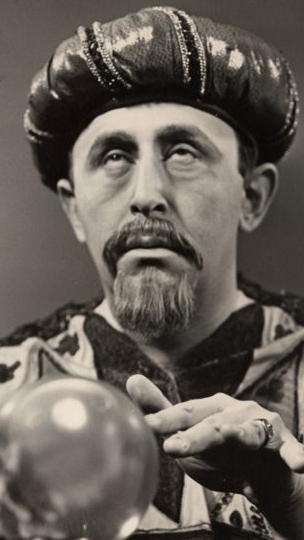 A few especially toxic gaseous belches from the Fever Swamp:

The first is from a well known “eccentric,” shall we say, a Mr. Justin Raimondo:

When Patrick J. Buchanan referred to Washington, D.C., as “Israeli-occupied territory,” he was widely vilified by the legions of political correctness, on the right as well as the multi-culti-goody-two-shoes left. I doubt, however, that when Pat made that remark he knew just how accurate it would turn out to be. He meant it in the metaphorical sense, but now we are beginning to understand that it is literally true. In this context, the antiwar slogan “End the occupation” acquires a whole new meaning.

What we are witnessing is an insurgency arising to take back Washington from the occupiers.

Mr. Raimondo, who sees Zionists under every bed and behind virtually every plot (including the 9/11 attacks and the London terror bombings), insists that he is not — repeat, not — obsessed with the Jews.

The second is from another crackpot who hangs his hat at Lewrockwell.com, Mr. Bob Wallace:

Most “bigotry” is the act of noticing the truth.

Blacks are genetically intellectually inferior, always have been, always will be. Except for music and sports, they will always be on the bottom. They’ve never had a culture worthy of the name, never will.

Asians have an ages-old group mentality than I doubt can be eradicated. They have no creativity, and I doubt anything can be done about that, either.

There never was a Muslim Golden Age. Most of it consisted of stealing from Christians and Jews. Islam was, and always will be, an intellectually and morally dead obscenity. It is the worst thing that has happened to the world.

Jews will always be ostracized because of their attempts to destroy every culture that admits them.

Whites will always be on top, Asians right underneath them, Mexicans far below, and blacks right at the bottom.

Nearly everything in the world has been created by Western Christian civilization, especially in America since 1776.

Bob Wallace, regular columnist at LewRockwell.com, in a posting at: “Strike-the-Root“

Mr. Wallace had posted a strange piece in January of this year on Lewrockwell.com on how innocent display of the swastika used to be (“the swastika has been a symbol of good luck in every culture in the world, including the US”)and what a shame it is that people get upset by it now. (The posting was later taken down from Lewrockwell.com, but not until Mr. Wallace expressed anger that I had called attention to his, um, odd interests. His odd interest persists on his own website, where he calls me “a truly dishonest man, [who] has made comments that I somehow am a fascist sympathizer because I pointed out the truth about the swastika.” Who would ever say that someone is a “fascist sympathizer” just because he believes that “Jews will always be ostracized because of their attempts to destroy every culture that admits them”? Perish the thought. Of course, maybe those posts were just put up by a fascist-sympathizer with the same name and interests, who also lists himself as a Lewrockwell.com columnist.)

[UPDATE as of July 22: It seems that a little light shined under Lew’s Rock has caused a bit more wriggling, as they have deleted Mr. Wallace from the list of columnists. He must have spoken a bit toooo openly about the views that brought him to Lew Rockwell’s attention. Here’s the cached version of the list of columnists at lewrockwell.com that includes Mr. Wallace.]

YET ANOTHER UPDATE: Since all of Mr. Wallace’s columns were removed from the lewrockwell.com website, some enterprising people have archived them elsewhere. Hat tip to No-Treason.com.

I just learned a bit more about Mr. Wallace: Here’s his self-described “hatemail page,” in which he fulminates against anyone who expresses disagreement with his racism, anti-Semitism, and the like. It was just sent to me by an anonymous reader. But here’s the fun bit about me:

Now we have the curious case of Tom Palmer (his site HERE), a pathological liar and slanderer. Palmer works for the Cato Institute, hopefully not for long since he is a disgrace to the place. Palmer claims to be a libertarian but isn’t. Perhaps he is economically, but I doubt even that in the long run, but otherwise he is a PC believer in Thoughtcrime.

He despises LewRockwell.com and other libertarian sites, and slanders them in the most astonishingly transparent ways. He slandered me as being some sort of Nazi sympathizer merely because I pointed out the swastika means “well-being” in every culture in the world, and even in the US was a good luck symbol until the Nazis perverted it.

Most of Palmer’s problem is that he is homosexual. He’s certainly not gay, a preposterous word to use for such a disease-ridden lifestyle.

Palmer is clearly narcissistic, like many homosexuals. If they weren’t, that two percent of the population wouldn’t be responsible for that one-third and two-thirds.

The best way to deal with people like him is to ignore them. Attention from others is the lifeblood of narcissists. They can’t live without. Palmer wants it — desperately needs it — and, like all narcissists, he wants power over other people.

I suggest that Palmer worry about the log in his own eye before pointing out the non-existent speck in someone else’s.

(And here’s the fun bonus weirdness: “I found a picture of Waggoner on the Internet. Stupid looking, isn’t he? He’s 19 and a college newspaper editor at some nothing college in Podunk, Kansas. He’s not in Iraq and not in the military. Know why? Because Roy is a pussy. My sister wouldn’t date him. I can’t imagine any woman that would. Maybe Tom Palmer would. Maybe not, though. Even a poofter probably has higher standards than the ugliness that is Roy.”)

Lew Rockwell has brought just the most interesting people into the “libertarian” movement, hasn’t he?