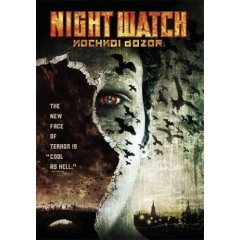 I’d heard some good things about the Russian film Night Watch, so when I saw the English translation of the novel on which the film is based (also Night Watch, although it contains more stories than are depicted in the film, which is based on the first story), I bought it and found that it made for good escapist literature during boring travel. The depiction of a fantasy world of supernatural powers was entertaining and well done. In addition, the depiction of post-Soviet Russian society was quite interesting, with numerous references to the Soviet past and comparisons to the present, such as,

“We set off along a trampled path, overtaking women with shopping bags rambling home from the supermarket. How strange it is to have supermarkets now, just like the genuine article. But people still walk the same old tired way, as if they’d spent an hour standing in line for little blue corpses called chickens…”

Then I got the DVD of the film. It had its moments, but it was quite a disappointment. For one thing, it’s advertised as being in Russian, with subtitles available in English, French, and Spanish. But in fact it’s dubbed into English and the dubbing was pretty hammy (as was, frankly, the acting), so I missed the slight pleasure of comparing the Russian dialogue with the subtitles. (I also have a strong aversion to dubbing.) Overall, the film was a bit of a let down. Nonetheless, for people who like entertaining escapist literature, the book was pretty good. 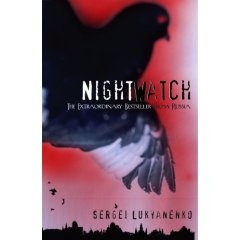 One Response to “Russian Fantasy”