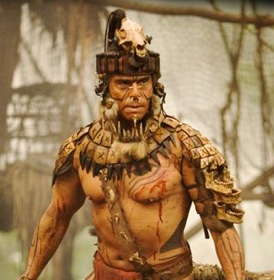 I bought Apocalypto on iTunes for some long trip. I managed to watch it on my beautiful Mac during my flight to London for some meetings. (I’m in Oslo now and preparing for meetings and a lecture tomorrow.) It was……outstanding. For one thing, the acting was quite good and the story very gripping. For another, it didn’t sugar coat the cruelty of much of Meso-American culture. The scenes of human sacrifice should be (if anything should be, which, in all honesty, it should not be) compulsory viewing for all those who opine about how peaceful non-European cultures are. (I heard a load of that from flakey north Americans on the temple of the sun in Tikal when I witnessed the sunset; I asked them what they thought the temple was used for, or what the gigantic aspirin-like stone with the engraved image of a man stretched on his back and the words “Break Spine Here” was for.)

P.S. I should also add that the movie raises a lot of question about religion; I suspect that perhaps those it raised for me were not the same it raised for Mel Gibson.