The 300 corpses were said to belong to murdered rivals of Mexican drug kingpin Teodoro Garcia Simental, who is battling for control over drug trafficking routes through Tijuana, after defecting from the powerful Arellano Felix cartel.

Drug-related violence claimed 5,700 lives across Mexico last year, more than double the number of victims in 2007. 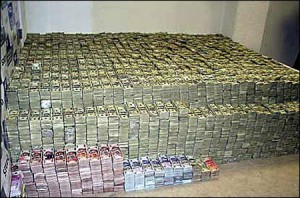